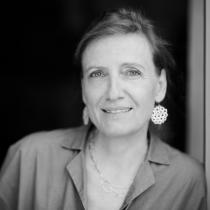 Christina von Bitter, born in Erlangen in 1965, spent six years of her childhood in Spain in Madrid. After an apprenticeship as a ceramist, she worked for Niki de Saint Phalle in the Tarot Garden in Italy in 1988. 1985-1990 she studied at the Academy of Fine Arts in Munich and after a guest semester in Barcelona she changed to the sculpture class of Lothar Fischer at the Hochschule der Künste Berlin.In 1995 she was his master student. In the same year she received a debutante grant from the Bavarian Ministry of Science and the Arts and a scholarship to Holland's Hertogenbosch.In 1997 she was a scholarship holder at Künstlergut Prösitz. In 2002 she received a catalogue grant from the LFA Munich. In addition to various exhibition catalogues and monographs, artist books by her have been published. The artist is represented with her works in numerous public and private collections.