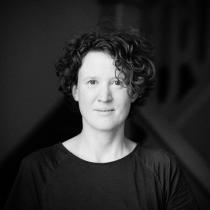 Saskia Bladt,1981, is concerned with a music that is anchored in music history and in the present. Since 2009 she has been exploring the question of the material composition of sound and optics together with the artist Sophie von Arnim by creating sound objects that combine the sound, the haptic and the optical, that influence the traditional instruments and become one with them.