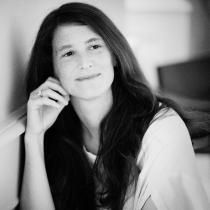 Nataša Kramberger (1983) is a writer, farmer and journalist. For her novel debut BROMBEERENHIMMEL she received the European Union Prize for Literature (EUPL) and was nominated for Novel of the Year. Among other things, she published the volume of essays "Ohne Mauer: Erzählungen über Berlin und andere Orte 2004-2014". Her latest novel describes her experiences in the role of a farmer's wife. She lives between Jurovski Dol and Berlin, where she runs the Periscope Association. She speaks fluent German, English and Italian.