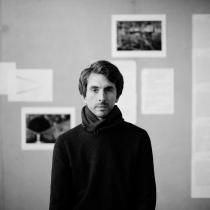 Christian Mason, born 1984 in London/UK, received a BA in Music and an MA in Composition from the University of York and received his doctorate from Kings College London under George Benjamin. In addition to numerous commissions for renowned festivals and ensembles at home and abroad, and dance and theatre projects with Peter Gill, Emilie Gallier, and Christina Towle, he has cemented his popularity with European audiences. The list of his prizes and awards includes a residency scholarship from the SWR Experimentalstudio Freiburg (2018), the RPS Composition Prize (2009) and the Ernst von Siemens Foundation's Music Prize in composition (2015). Mason teaches composition for the LSO Panufnik Project, at the University of Cambridge and has given guest lectures and workshops at numerous international institutions. He is also founding co-Artistic Director of The Octandre Ensemble, since 2011.