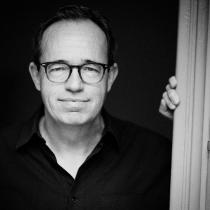 Born on 16.08.1964 in Mainz. Studied in Munich and Helsinki: general and comparative literature, Finno-Ugric studies, philosophy, Scandinavian studies. Afterwards freelance: Lecturer, especially in Munich, editor, critic, publisher, author of literary contributions for books and magazines. But since 1993 mainly translator of Finnish literature. Has been involved in the training of young translators since 2002, e. g. as head of seminars and workshops. Debut as author in 1999 with poems, in the magazine ndl. First book publication: The impossibility of four-handed play, novel, 2009. Since then four more novels and a children's book. Lived in Finland from 2002-2016, has lived in Berlin since 2016.