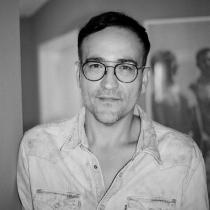 Daniel Schreiber, born in 1977, studied literature and comparative literature in Berlin and New York, worked as a freelance correspondent in New York and as an editor for various magazines in Berlin. His writings on art appear in a number of German and international journals and newspapers, including DIE ZEIT, Weltkunst and MOUSSE. His book “Susan Sontag. Geist und Glamour” (Aufbau Verlag 2007) was the first biography about the well-known American intellectual. He is the translator of Mary Gaitskill and Garth Greenwell. In his own books, published by Hanser Berlin, he explores a literary form that can be described as a personal essay. The first, “Nüchtern”, appeared in 2014, the second, “at home”, 2017. “Allein”, his new essay, published in September 2021, has conquered the best books and bestseller lists in a very short time.

Schreiber lives in Berlin and is a guest at the Künstlerhaus in the second half of the fellowship 2022/23.