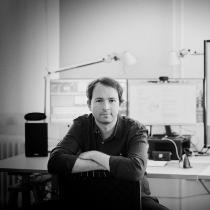 Powerful and meticulously elaborated compositions, which often include scenic elements and spatial sound concepts and are tailored to the musicians'; needs, distinguish the composer Vito Žuraj, born in Maribor in 1979. Within a short period of time, his works have established themselves in the concert hall and at important festivals, interpreted by the New York Philharmonic Orchestra, the BBC Scottish Symphony Orchestra, the Ensemble Modern and the RIAS Chamber Choir, among others.

In 2016 Vito Žuraj received the Claudio Abbado Composition Prize, awarded by the Karajan Academy of the Berlin Philharmonic. He is also the recipient of the Composition Prize of the state capital Stuttgart and the Prešeren-Förder-Preis, the award for culture of the Slovenian state.