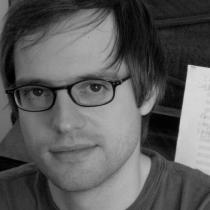 Carl Christian Bettendorf studied composition with Hans-Jürgen von Bose and Wolfgang Rihm as well as Tristan Murail at Columbia University in New York, where he has lived for over 20 years. His works have been performed at international festivals on four continents. He has received commissions from the Fromm Foundation, the Ralph Kaminsky Fund and the Bavarian State Opera. His numerous awards include a DAAD scholarship as well as fellowships from Paris (Cité des Arts) to New Hampshire (MacDowell). As a conductor he collaborates with ensembles in New York (Wet Ink; Talea and Ghost Ensemble) and Central Europe (piano possibile in Munich, Ostravská banda in the Czech Republic) and was musical director of the orchestras at Manhattanville and Bates College. He was also a guest conductor at the Opéra National de Montpellier (France) and Bard College (NY).

From April 2022 to March 2023 he is awarded the Villa Concordia Fellowship of the Free State of Bavaria.