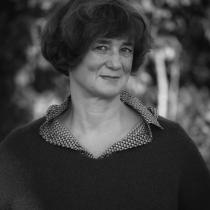 Barbara Fontaine was born in Paris in 1968 and studied German and Romance Studies there. Since 1999 she has been a full-time translator from German. Her main focus is fiction, with contemporary authors such as Hans-Ulrich Treichel, Katja Lange-Müller, Ursula Krechel, Thomas Hettche and others. In 2008 she was awarded the André Gide Prize for her translation of Stefan Wackwitz’s Ein unsichtbares Land and the Prix Amphi in 2010 for her translation of Kevin Vennemann’s Nahe Jedenew.

She occasionally teaches at the Ecole de Traduction Littéraire in Paris and has been running the translators' workshop regularly since 2011 as part of the Goldschmidt and ViceVersa programmes.

From April 2022 to March 2023, Barbara Fontaine is awarded the Villa Concordia Fellowship of the Free State of Bavaria. In September she was awarded the Eugen Helmlé Prize 2022: sr.de / aktuell